Ten sea mines encountered during UXO research along the Afsluitdijk 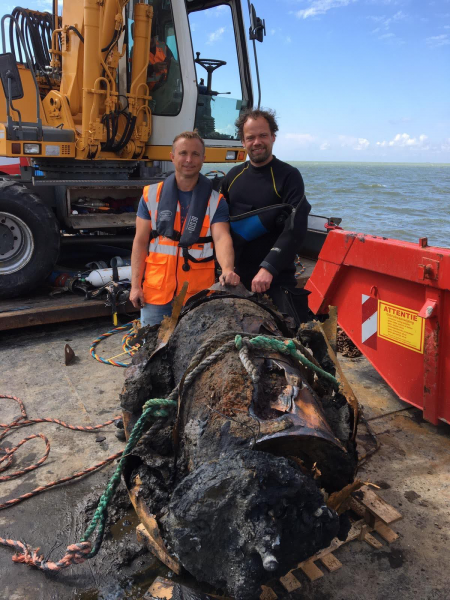 Construction consortium Levvel (BAM, Van Oord and Rebel) is currently working for Rijkswaterstaat on the reinforcement of the world famous Dutch Afsluitdijk. The aim of the project is to make the entire dike overflow-resistant, so the event of a severe storm water can spill over the dike. Earlier this year while dredging in an area where no UXO were expected, a sea mine was found. In order to ensure the continuity of the project, UXO detection company Bodac, which was already performing an UXO investigation on behalf of Levvel, asked T&A Survey for support. So far Bodac and T&A have found ten sea mines along the Afsluitdijk. 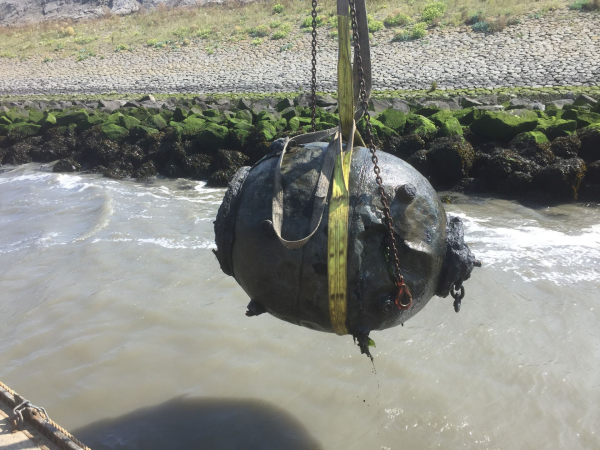 The sea mines are of both German and Allied origin and most likely ended up in the area as a result of the so-called minesweeping during and after the Second World War. Anchored mines were "swept" by cutting the anchorage cable. After surfacing they were shot at from a distance to make them detonate. However, this method did not always work. Some sea mines started "floating" for miles through the water along with the tide, until they were blocked by the Afsluitdijk.

The detection area extends along the Wadden Sea shore of the Afsluitdijk, between Kornwerderzand and Den Oever. To investigate whether there are more sea mines, the sea bed was examined by survey vessels with detection equipment. This resulted in many suspicious, ferrous objects, each of which has to be ruled out as sea mines. 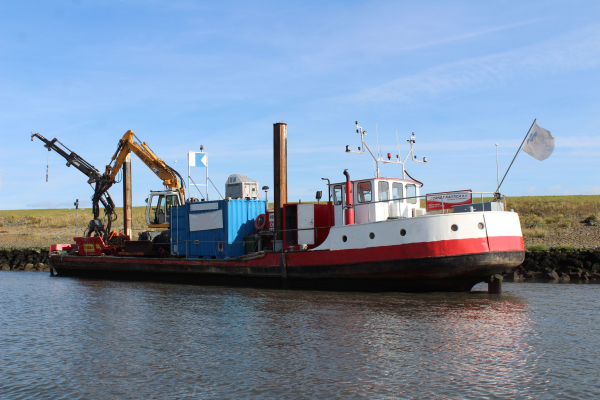 Bodac and T&A’s divers further examined the suspect objects from two diving workships. The diving team is trained and certified for locating and identifying UXO. The workships are equipped with diving containers, sludge pumps, spray lances and a crane with a lifting grab to assists the divers in removing basalt, silt and metal-containing objects.
Sea mines are sometimes located up to two meters under sea bed, partly covered by post-war deposits, making the UXO approach operation very complex. If during the approach it turns out that the object is indeed a sea mine, it is secured on site while waiting for the EODD. Each sea mine contains approximately 250 kg of explosive substances. In case a sea mine explodes during excavation. the suffering and damage to personnel, equipment and the Afsluitdijk will be incalculable. 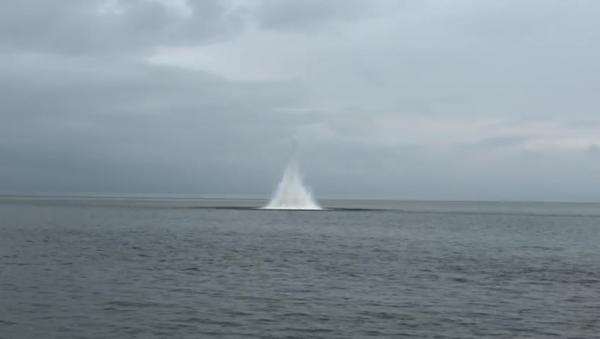 The EODD (UXO disposal serviceof the Dutch Ministry of Defense) has so far detonated all ten sea mines. Since there are still objects to be approached, it cannot be ruled out that another sea mine will be found. Once all objects have been identified and cleared, all activities on and in the sea bed around the Afsluitdijk can be continued safely.