To meet the industrial heat demand in a sustainable way it is necessary to extract geothermal energy from greater depths than has been done so far. Compared to conventional deep geothermal energy, for Ultra Deep Geothermal (UDG) energy we are looking for much higher temperatures of at least 150°C. Such high temperatures are not feasible for the currently existing geothermal plants in the Netherlands, but for industrial application and the production of electricity values of 150°C and more are essential. 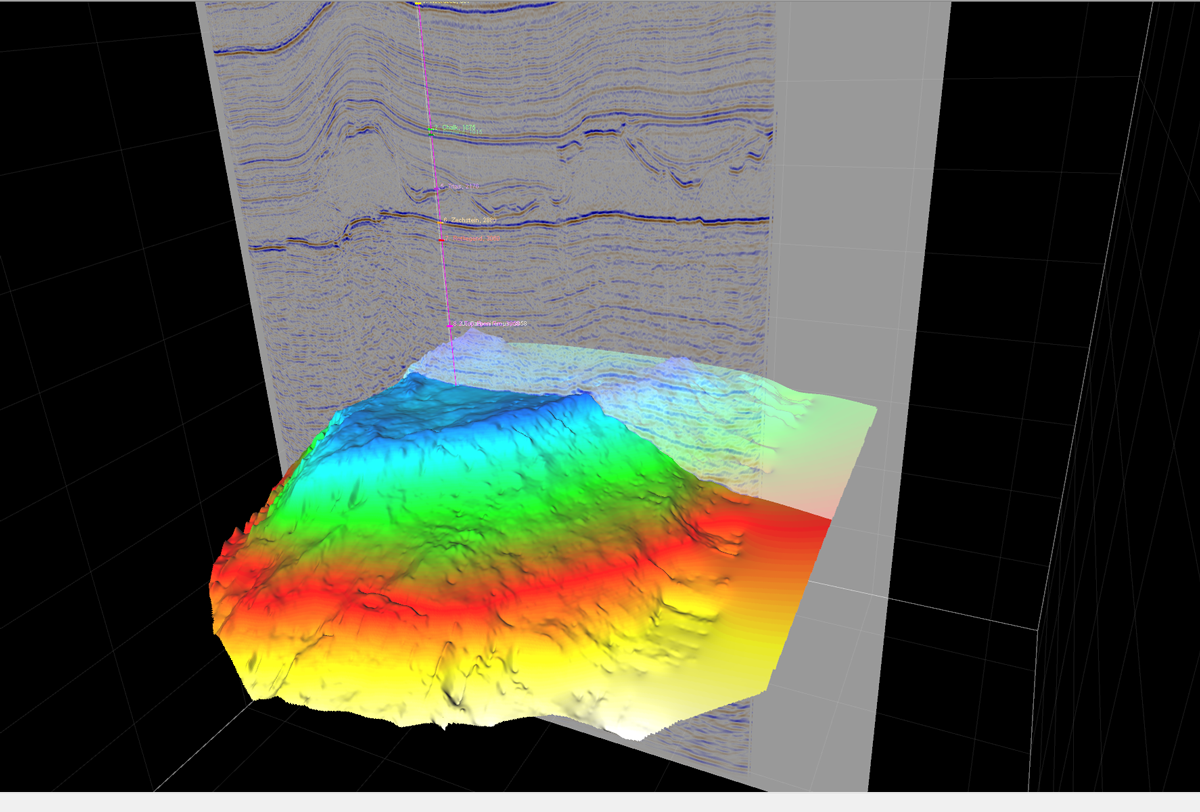 T&A Survey has done research to the potentials and risks of Ultra Deep Geothermal in the Netherlands, focussing mainly on the Lower Carboniferous. Using seismics, borehole information and literature, we developed a unique spatial insight into the presence of layers of potential reservoir rock at UDG depths in the Netherlands. In addition, we performed a petrophysical analysis in order to determine the quality of the reservoir.
Based on the results and the risk assesment, a detailed map of UDG potential has been developed. With what we have learned form the research, we will be able to fulfill an advisory role in future UDG project. Pleas contact us for more information!

The Dutch government, research institutes and seven business consortiums on June 19th 2017 signed the so called Green Deal Ultra Deep Geothermal Energy, stating that 30% of the industrial heat demand can in the future be met by UDG. This is an important step towards mapping the UDG potential in te Netherlands and lays the foundations for further development of the technology.

More information
If you want more information or have questions about this promising new technology, please don't hesitate to contact us.
Image: carbonate platform at a depth of 4 to 5 kilometers in the Dutch underground.

Magnetotellurics (MT) is a good, low-cost alternative for deep seismic research. This makes MT a suitable first step in the research process for Utra Deep Geothermal Energy (UDG). With a relatively small (one tenth of the costs of seismic research) investment, the results of  MT can predict the presence of a reservoir and whether it makes sense to perform further deep geophysical research. T&A Survey has vast experience in MT.

How does Magnetotellurics work?

MT is a magnetic technique which determines the electical conductivity of the underground from the surface. This geophysical method can be applied for mapping the first kilometers below the surface.

Magnetotellurics (MT) is an electromagnetic geophysical method for inferring the earth's subsurface electrical conductivity from measurements of natural geomagnetic and geoelectric field variation at the Earth's surface. Investigation depth ranges from 300 m below ground by recording higher frequencies down to 10,000 m or deeper with long-period sounding.
The graphic shows te results of an MT survey of a salt dome at a depth of approximately 1.800 meters. The blue colors represent a formation with high resistivity compared to its surroundings. The red line in the grapic marks the 2 Ohm-m resistivity border, coinciding with the position of the salt dome. UDG reservoirs can be mapped in the same way using MT technology.

Reprocessing 2D and 3D seismic data to the current state of the art increases the quality of the seismic and thus the interpretation of the data. In this way, a better picture can be obtained of the distribution of geothermal reservoirs in the deep subsurface.
Deep seismic research
Oil and gas reservoirs in the Netherlands are typically located at a depth between 2,000 and 3,500 meters. Groundwater reservoirs for UDG are located at a depth of more than 4,000 meters. Only a few oil and gas exploration wells and seismic surveys have reached this depth. To get some certainty about the presence of UDG reservoirs, very deep seismic research (> 4,000 meters) must be carried out, possibly preceded by Magnetotelluric (MT) research.

Preparation
For deep seismic surveys the preparation  is crucial. It is very important that the research proposal is drawn up with expertise and care. In addition, permits and permission from local authorities an landowners must be applied for.