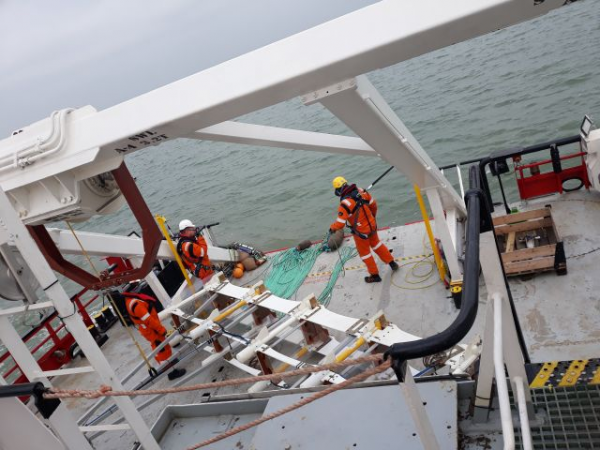 Inshore and Offshore UXO surveys of the water bottom have to be carried out if work is planned in areas with a high risk of encountering WWII explosives. For example, during the construction of wind farms, the laying of cables and tubes in the water bed, sand mining or dredging. T&A's UXO experts also provide guidance during the execution of these activities. For example, if an object get stuck in the nozzle during dredging, it can be secured and identified on site.

T&A Survey has an experienced team of UXO experts and certified in addition to a wide range of geotechnical measuring instruments for conducting offshore and inshore UXO investigations. The data analysis already starts on board of the survey vessel: by combining all the gathered data, suspicious objects can be located with great precision. Based on the results the client can, if necessary, decide to relocate the planned activities or identify and remove the objects. In this way, costs for downtime are kept as low as possible and the work can be carried out safely. 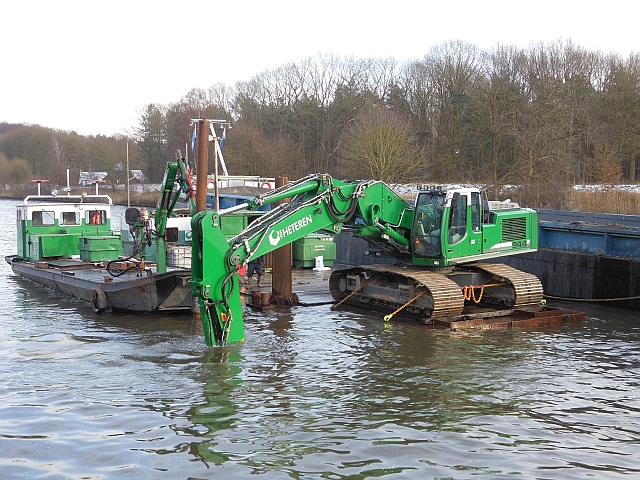 In the Netherlands a lot of fighting has taken place during the Second World War. As a result, many UXO were left behind on land as well as in waterways. T&A Survey specializes in dredging projects in areas with a risk of finding explosives.

Detection
Prior to dredging a suspect area, detection of metal objects in the water bed will take place. After the detection investigation, certified divers will check whether these objects are actually explosives. Under water, they carefully remove the sludge around the object in order to identify it. Detection of UXO in the sediment is only effective for large explosives, such as airplane bombs.

Dredging in UXO suspect areas
On locations suspect fore the presence of smaller explosives, or where the larger explosives have already been approached by divers,  dredging must take place according to current legislation. Secured dredging is always a customized operation. T&A Survey can organize the dredging process in several ways, making it fit in perfectly with your project.