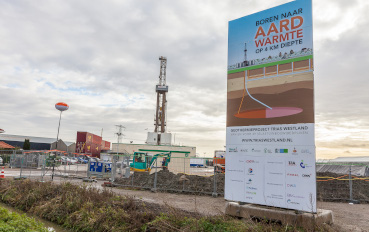 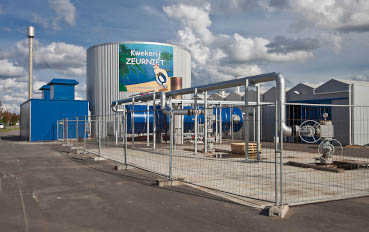 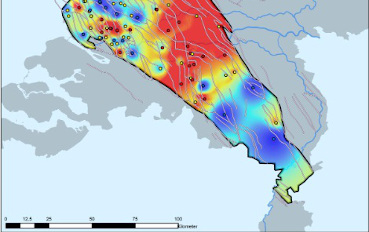 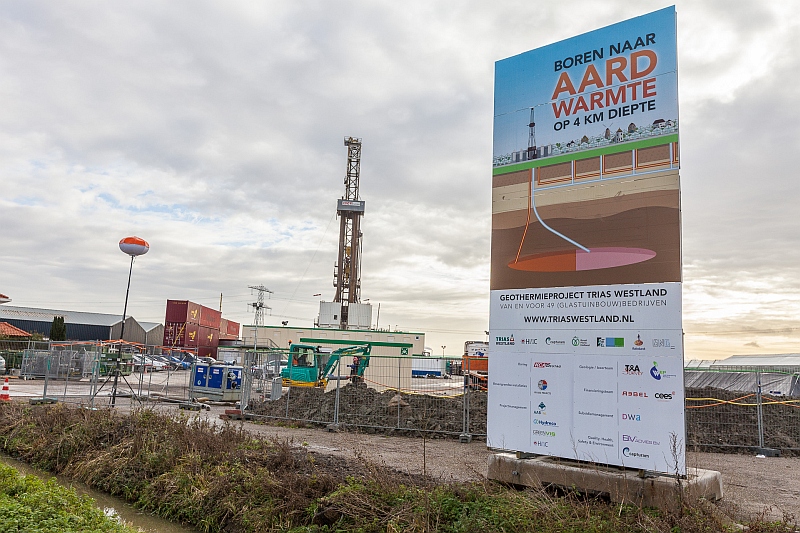 The Trias Westland geothermal project is a partnership between Flora Holland, HVC, Westland Infra and the Municipality of Westland. It is the first geothermal project in the Netherlands that will drill as deep as the Trias layer, situated at a depth of 4 kilometers. For the project T&A Survey as designed a unique combined geotermal system. In 2017 the first test drilling will take place. If the results of the  test drilling are positive, the Trias Westland geothermal doublet will be completed with a second drilling, which will make the actual heat extraction possible.

Trias layer
The Trias drillings will be the deepest geothermal drillings ever performed in the Netherlands. Other geothermal projects in the surroundings went as deep as the Lower Creatceous, at a depth of 2.5-2.8 kilometers. This sand stone layer can provide for 10 to 20% of the heat demand of te Westland greenhouse area. A geological study performed by T&A Survey for the Municipality of Westland has shown that the deeper situated Trias sand stone layer, at a depth of 4 kilometers, has a heat potential able to provide for about 80% of the heat demand of the Westland area. The temperature of the water in this more than 200 million years old layer is around 130 to 150 °C. 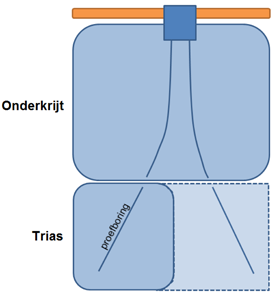 An innovative drilling concept
The first drilling will be performed in the surroundings of the floricultural auction of Flora Holland Naaldwijk and goes hand in hand with a comprehensive research program, which will provide all  relevant information on the suitability and productivity of the Trias layer. Another interesting detail is that the drillings initially will be directed to the Lower Cretaceous layer, and only afterwards continue to the Trias reservoir. The geothermal system will be implementend depending on the success of the drillings to both layers.

Check the latest news on the Trias Westland project! 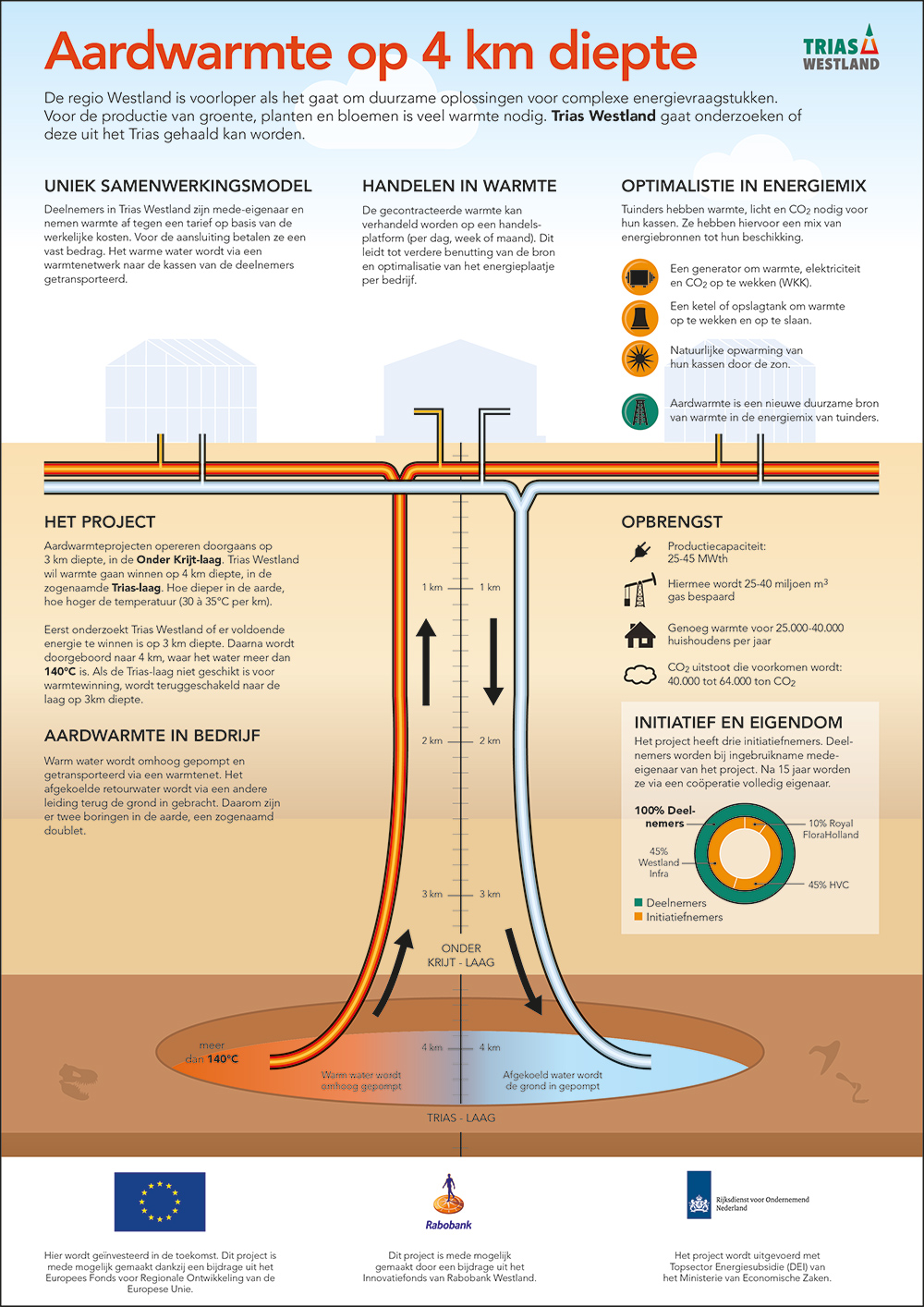 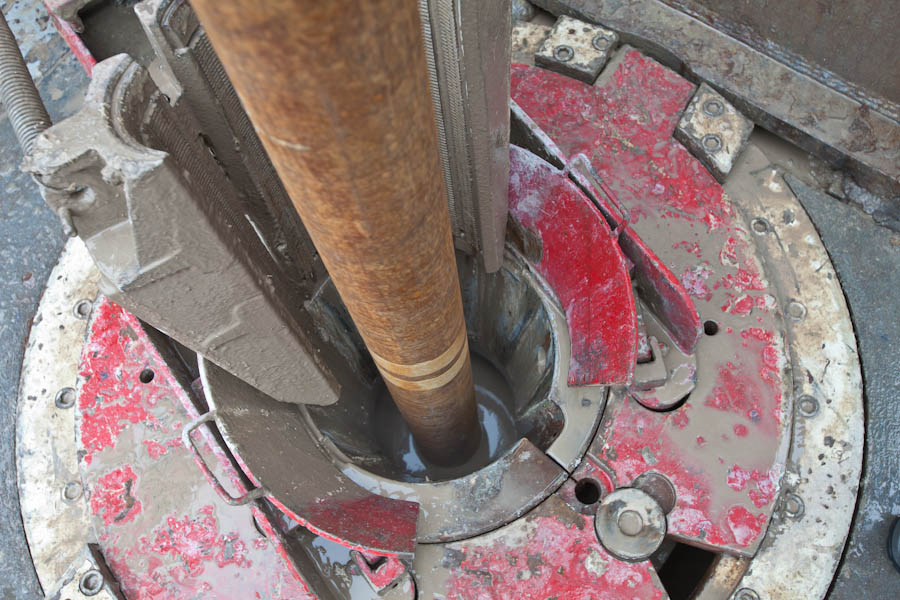 The Green Well Westland geothermal project was initiated by five greenhouse growerns from Honselersdijk who wanted to switch to geothermal energy for the heating of their greenhouses. T&A was responsible for the well design, the management and the supervision of the geothermal drillings. Between december 2011 and may 2012 the drillings were performed by DrillTec from Germany.

Implementation of the project
T&A drilled a geothermal doublet consisting of a production well an an injection well, each with a length of 3.200 meters. Since the wells are slanted, the deepest point is at 2.800 meters. The distance between the extremities of the two wells is 1.500 meters. The hot water is pumped up through the production well to a heat exchangers, where the heat is transmitted and devided between the participants. The cooled off water is pumped back into the ground by the injection well. 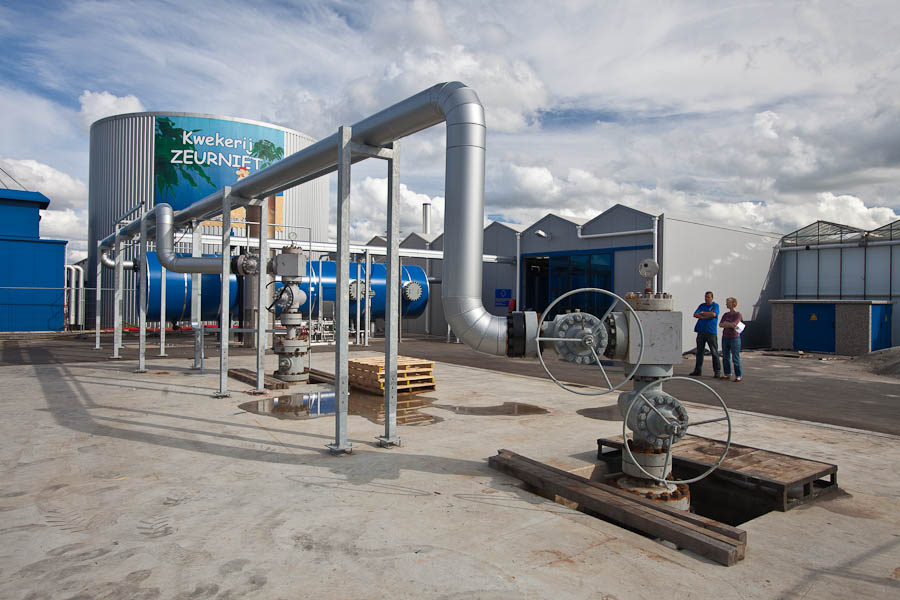 The results
The well has a minimal potential output of 60 liters per second, approximately 180 cubic meters per hour, with a temperature of 87° at the wellhead. The doublet provides about 12MWth and is used for around 7.000 hours per year.

By using geothermal energy, Green Well Westland aims ad reducing the annual consumption of natural gas with more than 50%. If the production is higher than their demand, the remaining energy is sold to neighbouring greenhouse growers.

With its depth of 2.800 meters the Green Well Westland project is the deepest geothermal project so far in The Netherlands. In addition, it is also the well with the highest capacity and it is the project with the largest number of benefitting businesses (eight so far, with plans for further expansion).

T&A's study for the Geothermal Knowledge Agenda (Kennisagenda Aardwarmte) focuses on determining and predicting deviations in the geothermal gradient near geological fault zones in the West Netherlands Basin and Roer Valley Graben. A good prediction of the temperature is essential in geothermal energy projects. The average gradient in the Netherlands is 3.1˚C per 100 meters (depth). This can vary locally and this seems to be related to fracture systems in the subsurface. The study focuses on deviating temperature gradients near large-scale fault zones and the potential consequences (positive and negative) for geothermal projects.

The Geothermal Knowledge Agenda was set up by industry and the Dutch government to finance research into geothermal energy. The ambition of the Kennisagenda is to develop geothermal energy into an efficient, affordable and reliable heat source for greenhouse horticulture, industry and the built environment by 2030, making it into a substantial contributor to the Dutch energy supply. Objectives of the Kennisagenda include reducing uncertainties and risks (with the focus on the operational phase and the design phase), improving operational and energetic efficiency and extending the lifetime of a geothermal energy source.