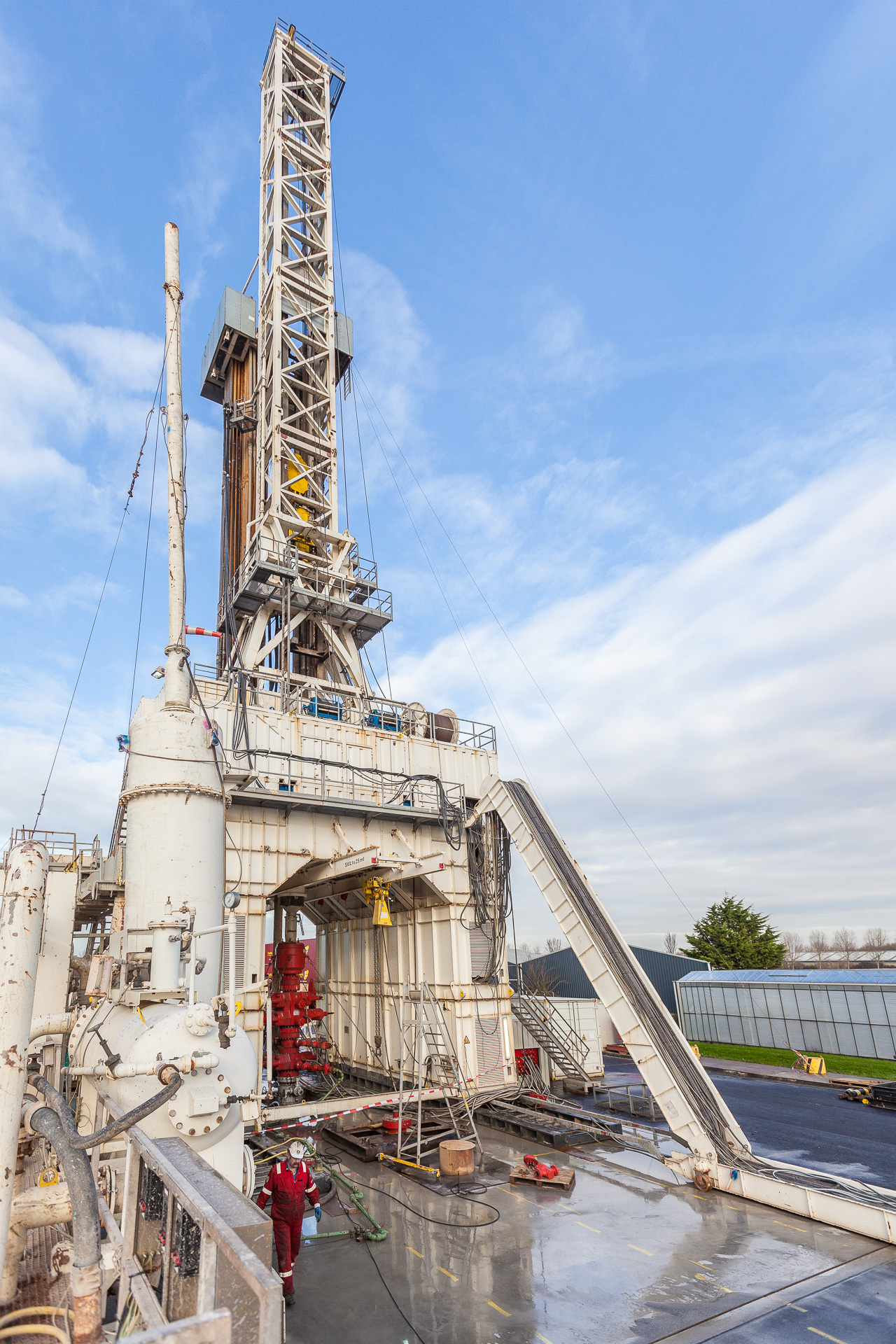 The drillings for the Trias Westland geothermal project have reached  the Triassic layer. The third section was completed at the end of January. The casings have been placed and the borehole has been firmly cemented. This was the most exciting section of the project and, despite a number of technical challenges, it was completed successfully.

Steady drilling
Last week we started drilling the fourth and last section. The pressure on the drilling rod remains very high. That is why we chose to drill this section using the Vortex: an extra motor deep in the borehole. The drilling fluid (which transports the drill grit upwards) has been replaced by a fluid that leaves the reservoir properties as intact as possible. The drilling is running smoothly and we expect to reach the total depth of about 4,100 meters in the next few days. Since the hole is oblique, the total drill length will be 4,550 meters. This section is reinforced with mostly perforated pipes, allowing the water to be pumped up.

Measurements
Mid next week we expect to investigate the reservoir section. This is done with special measuring equipment lowered deep into the borehole. Among other things, the permeability of the rock, the chemical properties of the water and the strength of the rock will be measured. With this information we can determine which filters should be used at the plant and at what pressure the cooled water can be injected. The production tests (also called well test) is expected to take place in the third week of February. Based on this information, in March we will decide whether the Triassic layer offers sufficient capacity.

T&A Survey has been involved in the Trias Westland project from the beginning and now provides the drilling management. Read more about the project.