Detection of sink holes and cavities under a road 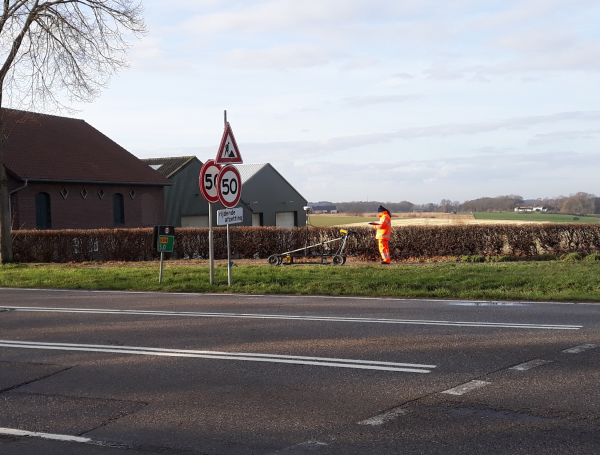 T&A conducted a GPR survey along a trajectory in South Limburg for TNO Geological Survey of the Netherlands. The research goal was to detect sink holes and cavities under the 1 km trajectory. The cavities are created by local solution of the limestone (marl) in dolines (solution depressions).

The subsurface of the research area consists of a loess cover with clay and flints below. Under the clay layer there is a limestone layer, in which the dolines are found. These dolines gave a maximum diameter of a few tens of meters, but often also a lot smaller. The dolines were created by the dissolving the underlying limestone, which caused the overlying layers to collapse.

During the GPR measurements T&A's data analyst marked details in the radar profiles (in particular repairs to and cracks in the surface or the road and the lowest point of dolines) and provided them with an explanation. The interpretation of the GPR data collected by T&A was then carried out by TNO geologists.