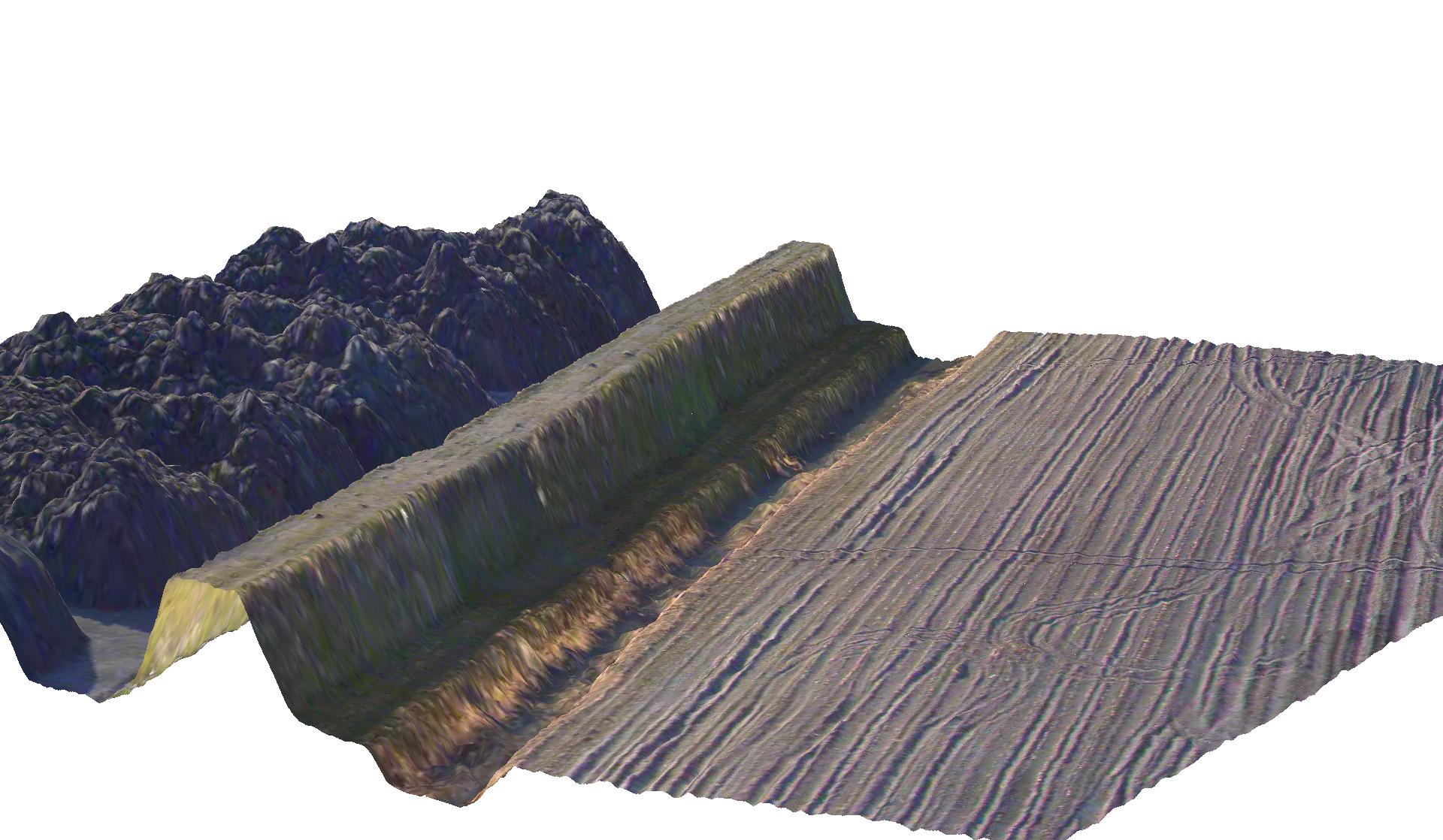 The Laser imaging Detecting And Ranging (LiDAR) technology uses laser pulses to determine the distance to an object. The technology is comparable to radar, but where radar uses radar waves, LiDAR uses light waves. Since the wavelength of laser light is much shorter than radar waves, LiDAR is able to detect much smaller object. Also, its short wave length makes LiDAR relatively insensitive to surface vegetation.

How does LiDAR work?

LiDAR works according to the same prinicples as radar: a transmitted laser beam is reflected by an object and after a while returns to receiver. The speed of the laser beam and the time span between transmission and reception determine the distance to te object. Since the laser beam stays strongly bundled, it's possible to make a surface or relief scan of an object or area by gathering data from different angles. The velocity is determined with the Doppler effect.